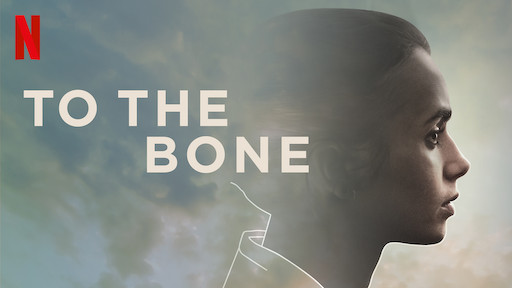 Written and Directed by: Marti Noxon

This is a rather deep film, about a young woman in her early 20s who is dealing with anorexia, who meets a doctor who has unconventional ways to help his patients overcome their conditions, and challenges Ellen (Lily Collins) to face her condition and embrace life.

In the middle of all family issues, and dealing with her own problems, Ellen is accepted into a group home with other young people with similar conditions, by this strange doctor she met (Keanu Reeves). As she has to live in this house for a while, to try and “overcome” her condition, according to the doctor, she meets different people with different conditions. She starts embarking on different journeys where Ellen then begins a path of self-discovery and realises that acceptance of her own personal problems ends up leading her to a place she never thought would happen.

I had this film in my watchlist, and I was unsure how this film would be, upon reading up about it. As the trailer seemed uplifting, I was unsure whether it would be uplifting or a sad film. Still, I was impressed with this film and how good it was in terms of focusing on the topic – anorexia, and how the producer and writer, Marti Noxon, managed to carefully portray a mental illness such as this in a way that anyone can understand, as this film is based on Noxon’s own experiences with Anorexia. Lily Collins was a good cast for the main character experiencing this, as she has spoken out about her own struggles with eating disorders growing up, and how she delved into her character by losing a vast amount of weight to look realistically anorexic on screen.

Although I have not personally experienced this particular disorder myself, I am sympathetic towards anyone who is or has experienced this and, after watching this film, it has made me more aware of my own actions, as I have become more obsessed with what I eat, how many calories I eat a day, reducing my portions or even just skipping meals to try and lose weight myself, and weighing myself often. However, I feel that anorexia and the additional feelings attached to this, such as self-imprisonment, and the constant experiences of feeling you are being controlled from dark forces within yourself, which the individual cannot control, are factors of how someone feels when they suffer from anorexia.

Films such as this one should be made more aware for more people to understand how it can affect different people. Despite the increase in awareness, conversations about this particular illness are still very much a stigma in today’s world, much like anxiety and depression and how the feelings someone has when suffering from anorexia can often also be a reflection of how someone feels when they suffer from depression and anxiety, often factors of these mental illnesses are connected together too.

In conclusion, this film was a great watch, a huge eye-opener into the world of anorexia and the affects it has on a person, and Lily Collins played her role very well, and so did Keanu Reeves (which I didn’t expect to see). If anyone is intrigued to see this film, to give yourself a broader insight into this particular illness, then I strongly suggest this be placed into your Netflix Watchlist!

I give this film a 4 star rating!