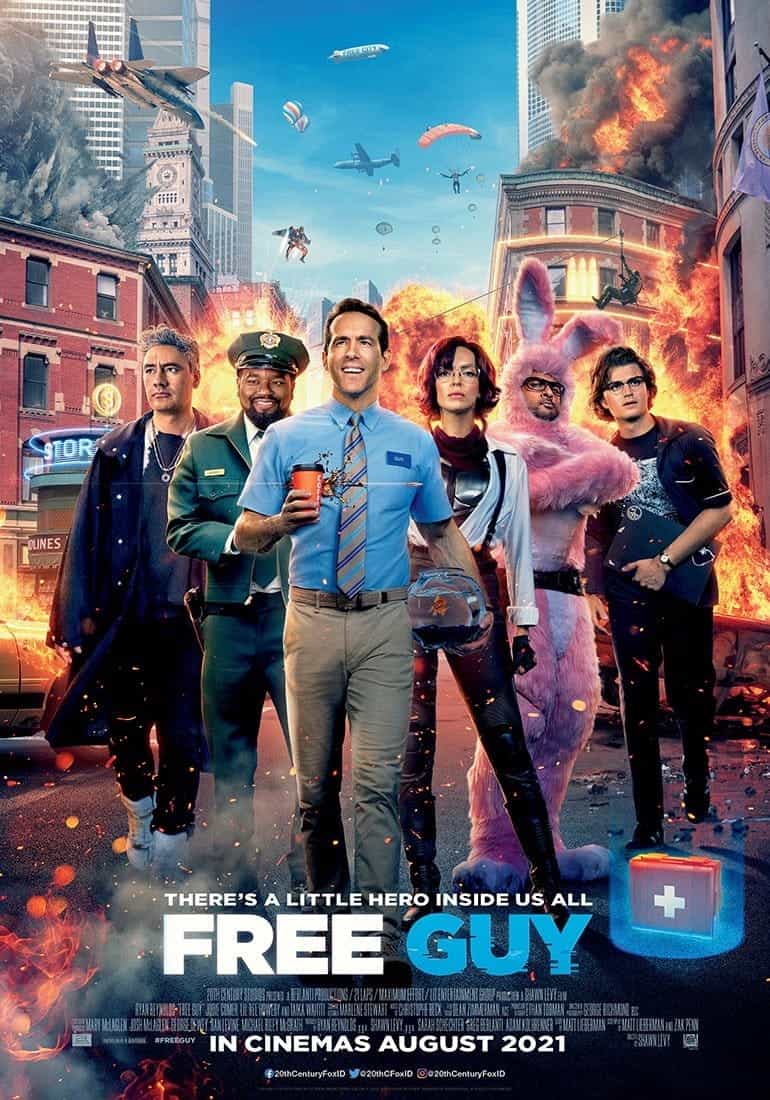 Free Guy is a film about a bank teller in Free City, living everyday exactly like the previous day, until Guy (Ryan Reynolds) meets a woman in his world, called Millie (Jodie Comer) who helps Guy discover he is a NPC in a video game she has created, with her friend Keys (Joe Keery), and in order to save his world, and the game, Guy learns to level up in his world, and help Millie uncover her original build of the game.

After waiting over a year for this film to be released, I cannot even begin to tell you how much I enjoyed this movie! I am a big fan of Ryan Reynolds, he is one of my favourite comedic actors, and this film didn’t disappoint me, at all! Regardless if you are a big gamer, as many people who have already seen this film are, or if you just enjoy films involving video games then this film is for you, for everyone!

I was lucky enough to have been able to see this film two days before initial release was just a great experience for me, as I not only had the opportunity (after working late the previous night), but also had the cinema room ALL TO MYSELF at the time of the screening, which was a once in a lifetime for me, to be alone, for two hours, with Ryan Reynolds – on the big screen (obviously!)

I read a lot of speculation about this movie being a lot like Ready Player One (2018), but it was not like that at all, it was a lot more than that, and as I am not a big gamer I do enjoy watching gaming videos online, and movies around gaming. This film was on another level, the storyline was incredible, and it had a good portion of cheesy pop-culture references and soundtrack, romcom plot scenes, and amazing CGI use! All-in-all, an amazing film, and I have seen this film three times, so far and it has only been released for three days and is already the biggest blockbuster film since Covid-19 (released: 13/08/2021)!

There are so many things to find in this film, so many cameos, and so much detail. I have seen this film a number of times, and I am finding new things to obsess over with this film, and I am so excited to be able to watch it in IMAX when I have some free time from work!

For those of you who love Ryan Reynolds, enjoy his work, and also love watching Jodie Comer in Killing Eve, Joe Keery in Stranger Things, and a fan of Taiki Waititi, then this is the perfect film for you to watch! Head down to your cinema and enjoy two hours of pure greatness, laughter, and cheesy music, its a great choice of a film, and an amazing experience, so support your local cinema and choose this film to watch!!

Don’t have a good day, have a GREAT day!

I rate this film 5 stars!