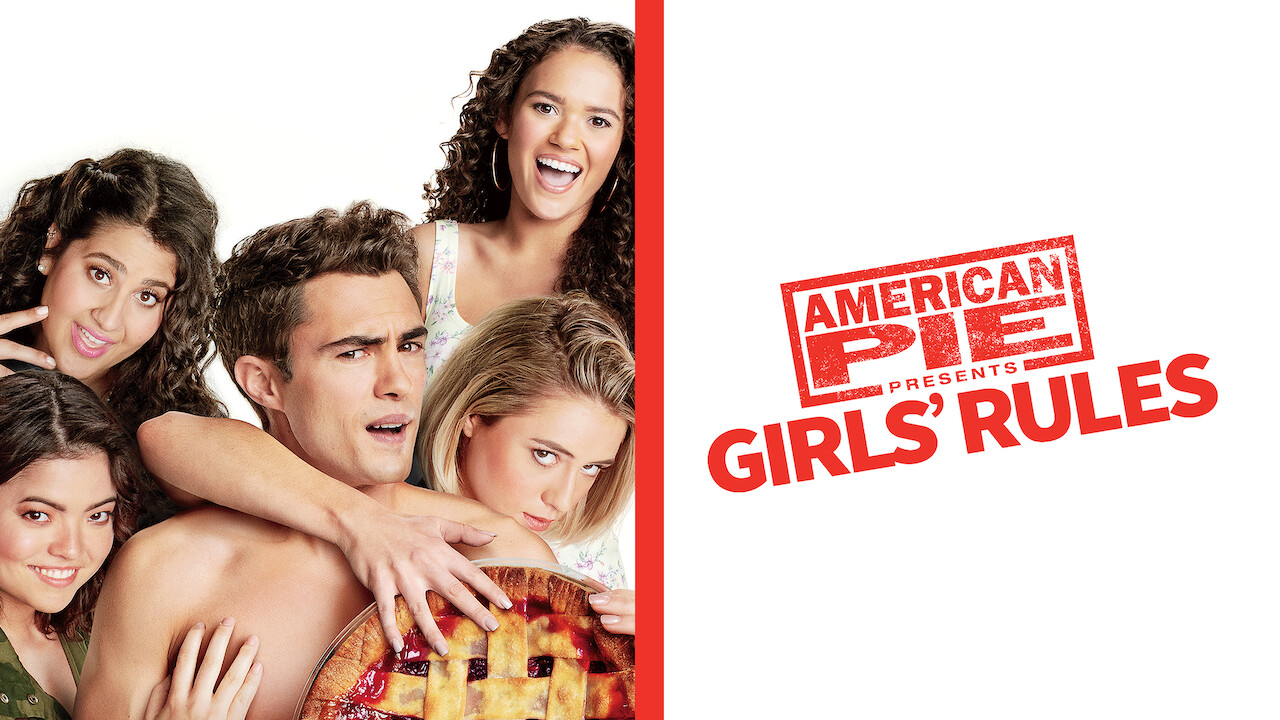 This film dropped on Netflix US on 6th October 2020, which I found out through Darren Barnet’s Instagram page, so immediately activated my VPN to add it to my list of movies to watch on Netflix.

The storyline revolves around a senior year at East Great Falls, where Annie (Madison Pettis), Kayla (Piper Curda), Michelle (Natasha Behnam) and Stephanie (Lizzie Broadway) all decide together to make a pact and to make use of their girl power to get what they want for their final year of high school; to lose their virginities, and when the new guy in town rocks up, named Grant (Darren Barnet), each of the girls all decide (on their own) that they want him.

The beginning of this film opens up to Jason (Zayne Emory) and Annie (Madison Pettis) saying their goodbyes to each other in front of Jason’s mum before he is set summoned to finish his packing for college, which he is moving away to the next morning. Moments later you see Annie climbing over the fence, and then scaling the building, in heels and a casual dress, before climbing through the window of her boyfriend’s room, covered in mud, to be sexual with him and are inconveniently interrupted by Jason’s mum and dad walking in with home-made pie and the grandparents on a video call.

As the films plays on there are more scenes that are laugh out loud funny, and, as I am sure many will agree with me on this, I was watching it mainly for Darren Barnet, because let’s face it, he is beautiful! When his scene finally arrives its almost as if I started following the movie a lot more, and the reaction of Michelle (Natasha Behnam) when she spots him, after running to class as she is late, I feel is somewhat how I would react if I saw someone like Darren walking past me, before splattering my face against a door and falling flat on my face!

Although I half expected this film to be somewhat like the previous American Pie movies (and this includes Band Camp), it wasn’t what I expected, but I still enjoyed it. The film is filled with clichés and a little too focused on the girls desperately wanting to lose their virginity that the story of the film is rather amateur, and that includes the editing in some parts. There is still a Stifler character in the movie, but again, the film doesn’t meet the standard of the previous American Pie movies. Yes, it is funny, yes there are scenes which make you laugh out loud, but there are also cringey scenes. However, the ending I enjoyed – as I am glad Annie found out her boyfriend, Jason, was a douche, and she did eventually end up with Grant, and I love the girl power portrayed in the film, no matter what, they stuck together instead of turning on each other for all liking the same guy – I liked that.

This film isn’t the best in the American Pie Presents group, it was an all-round fun film to watch, something you can easily stick on and just chill out to with no stress of any heavy drama or action, etc.

If you are unable to watch this film on Netflix, due to maybe not being in the US, don’t worry, it was released on Digital download and DVD the same day it dropped on Netflix US. So what are you waiting for? Go and watch it (and let me know your thoughts, too!)

I give this a 4 star rating!