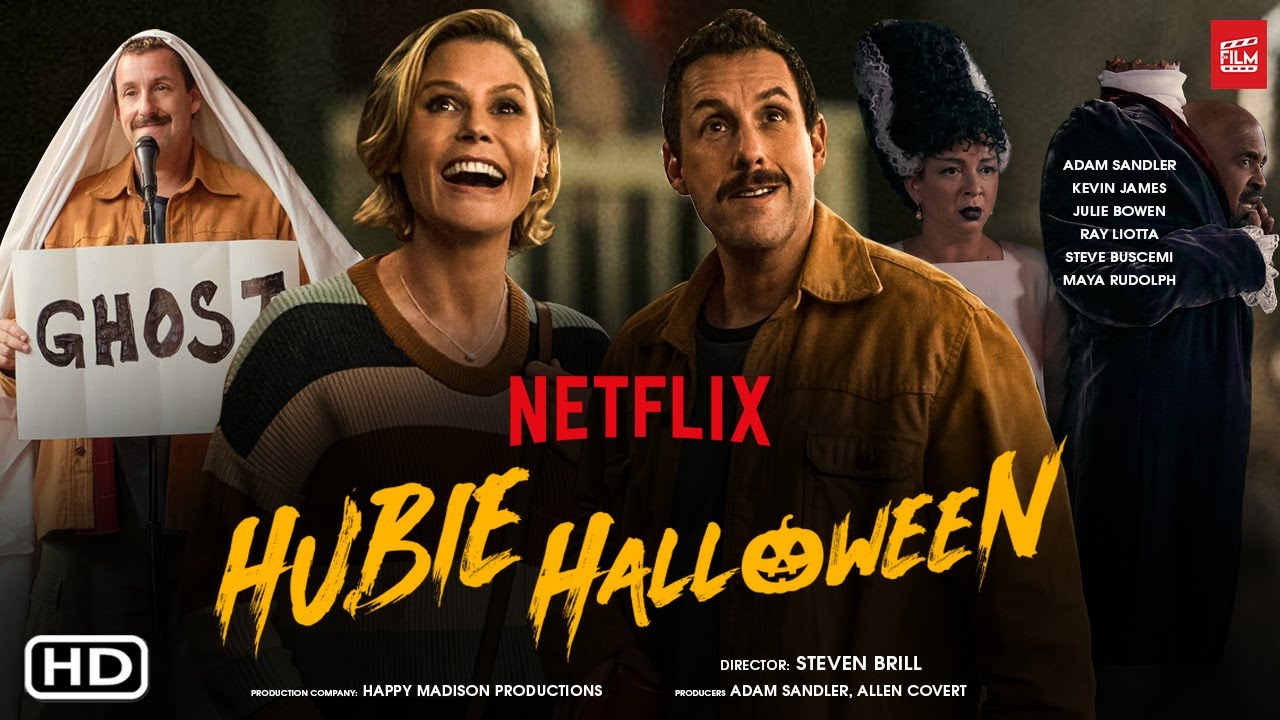 Love it or hate it (and judging by reviews, this is very much mixed), Adam Sandler’s film Hubie Halloween is crowned as the best Netflix film of 2020!

For those who haven’t seen this film, Hubie Halloween is a slapstick comedy film, on Netflix, starring Adam Sandler as the lead role of “Hubie” who is a man who lives in Salem and who loves and also fears Halloween and anything that makes him jump, in a funny way.

I, for one, haven’t been entirely into all of Sandler’s films, but this one certainly changed my interest. I admit I went through a phase where I searched for other films which Netflix had, starring Sandler, which I am slowly working through, the latest to grace my “watch list” is Adam Sandler 100% FRESH and a film that has also recently been added to Netflix, starring Drew Barrymore alongside Sandler, named Blended which I watched many years ago, and will be watching again over the weekend!

If you are a fan of Adam Sandler, then I hope you can agree with me that Hubie Halloween is one of the funniest films to land on Netflix this year, especially to cheer us all up and distract us from Covid-19, even if for a few hours! I absolutely love the film, its a great casting too, and think it is one of the best films Sandler has made since Happy Gilmore & Uncut Gems.

When I saw the update about Hubie Halloween being crowned the best film of 2020, I couldn’t be happier, because it deserves to be!

From reading various reports surrounding this, these are the sort of results which is exactly why Netflix has extended their movie contract with Sandler, to include four new films. Despite critical reviews for Hubie Halloween, it looks as though the general audience, who love watching Sandler (myself included), love seeing Sandler use his funny voices and dorky style behaviour and mannerisms in film stories which, in all honesty, don’t need much for the mentality of the viewers as they’ve shown to love the silly comedy, which is genuinely hilarious and places you in a good mood instantly!

If you have yet to watch this, and you like silly slapstick comedy, I highly recommend this a watch I absolutely LOVE this film, I think its absolutely hilarious, so a huge congratulations to Sandler and all the team and casting for this one, you all smashed it!

Sandler is currently preparing for a more adult type role in Netflix’s “The Spaceman of Bohemia”, which is an adaptation of Jaroslav Kalfař’s 2017 novel, following the dramatic and mysterious journey of an astronaut sent to the galaxy’s edge, which is directed by Johan Renck. There is no release date as of yet, but hopefully, we won’t have to wait too long for this to hit Netflix!