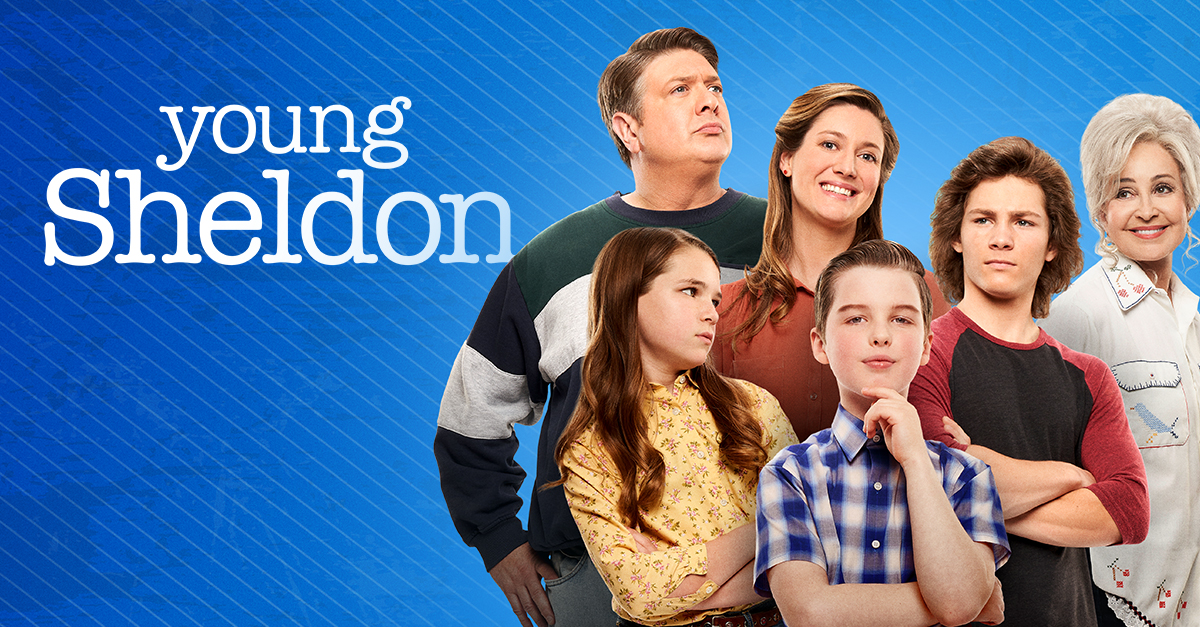 This TV show bases Young Sheldon as a 9-year-old, growing up in the late 1980s and early 1990’s, who, with the intellect he holds, has skipped four grades to start High School alongside his older brother, George. As he struggles to be understood by all those around him, his mum gives Sheldon the greatest tool to survive High School and that is to tell people his father coaches the football team and his brother is one of the players.

His sister, Missy, who is Sheldon’s twin, is the complete opposite of Sheldon but has a more clearer vision of what her twin brother’s life will be like as he grows older and what is in store for him.

This show has been aired since 2017, and has been popular to where it is currently on its fifth series, currently being shown on CBS in America.

Netflix have the first three seasons, where, as I am typing this, I am currently half way through season 3!

**Update, I have just finished season 3, and now watching season 4, which, if you are from the UK, E4 (All4) currently has season 4 to stream for free!!

I am very much enjoying it so far, and the casting is accurate to how they have portrayed Sheldon, its no wonder its popular, and a lot of people I speak to enjoy the show. The humour is subtle, and I do enjoy how easy going it is to watch this show, as-well-as how relatable each character in the show is, to real life.

I rate this TV show 5 stars;