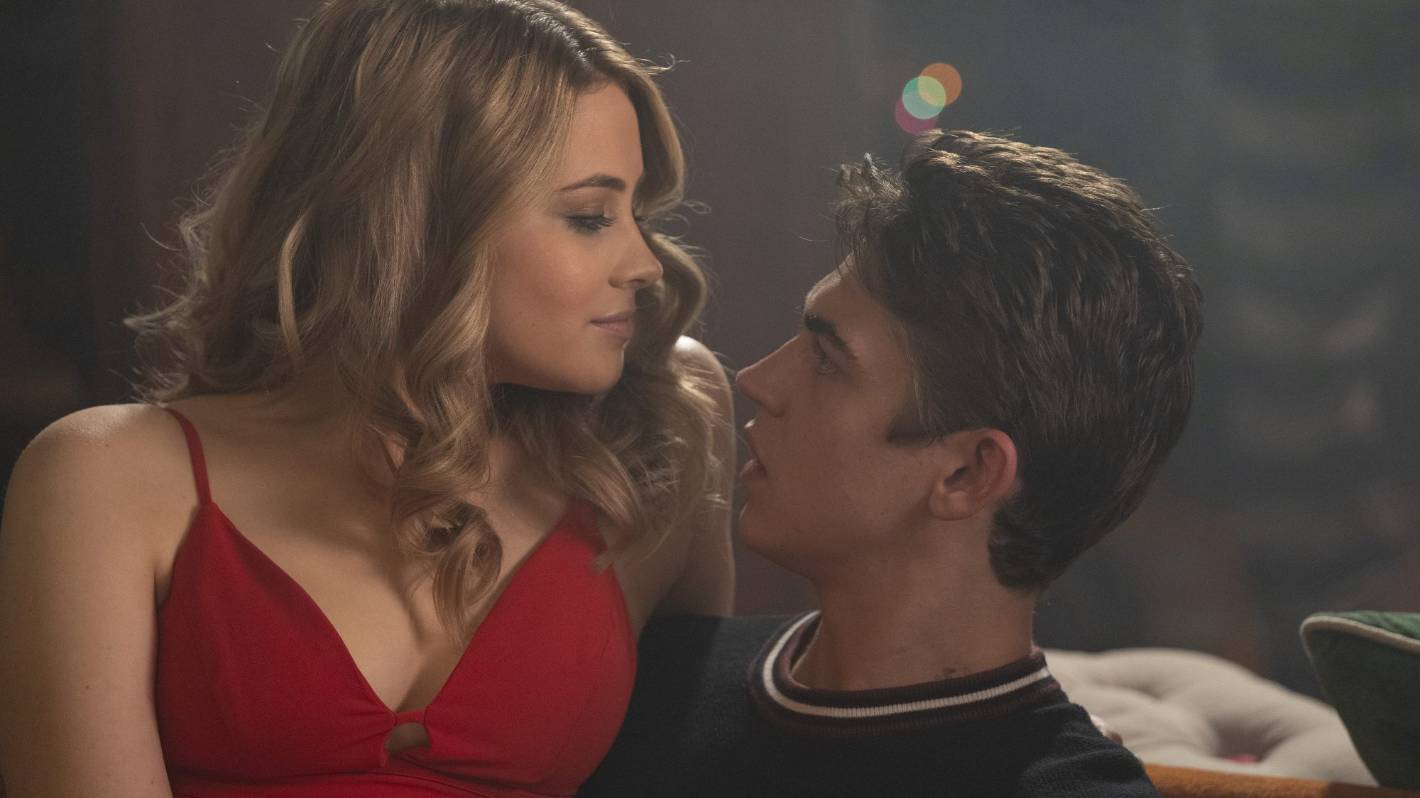 This film opens up to a voiceover narration with the words spoken of “This is a story you’ve heard before” even though it seems it isn’t a story that we have heard before, but it certainly grabbed my attention in wanting to know more.

The plot of this looks to be set a few months after the first film After (2019), where it shows the post break up of Tess (Josephine Langford) and Hardin (Hero Fiennes Tiffin). Tessa looks to have moved on with her life by working a new internship at a publishing company called Vance Publishing, and Hardin seems to be struggling to move on and pining after Tess, unable to cope without her.

Whilst watching the film I felt I was on an everlasting roller-coaster due to the constant array of emotions, one minute Tessa and Hardin are together. Then they aren’t and then they are, and then arguments erupt, and they don’t talk to each other again, then they’re having sex.

Throughout the film, a character named Trevor (Dylan Sprouse) often made frequent appearances, and from the second he was introduced on screen, I found myself rooting for the seemingly obvious attraction between Tessa and Trevor. He seemed to like her and even helped her by getting her a car, on a good deal, so she would have her own transport to and from work, and anywhere else, rather than relying on Uber taxies. But it looked as though that, for now, was not going to happen – what a way to build my hopes up, to then have my them shattered again in such a short space of time.

Upon looking up these films, I had no idea that they were originally based on fan-fictions about Harry Styles?!? I didn’t even know fan-fictions still existed, wow! Eat your heart out Harry, all those fan fictions are written about you, and one particular series has come to life, and there’s 5 of them to enjoy! I wonder if he knows about this, lol.

I will admit it though, as much as I watch TV and constantly on Netflix (when I am not busy working or sorting my life out, or writing reviews for The Fan Carpet online), I knew very little about these films. Upon researching, I found the first film (After, 2019) is where the story begins, and here is the best part – I had it waiting in my watch-list, on Netflix, so that’s a good start!

However, back to this review, upon watching the film at Cineworld (on the last day of their doors being open), I quickly noticed how much of a toxic relationship Tessa and Hardin have, and why she runs back to him every-time, as we all do when we have someone who is clearly not good for us. Still, we keep going back like they are our drug, that is exactly like Tessa and Hardin, no matter how far she goes, she still ends up back with him, even though she knows she doesn’t trust him, and that she has someone who treats her how she wants to be treated. Still, she is in love with Hardin and feels she can somehow save him and make him a better person.

I enjoyed this film a lot more than first anticipated. I came out the cinema wanting more, I was fully immersed in the film and loved the characters, particularly Trevor, and every-time he was on screen I could not help but smile and really wanted Tessa to end up with him, but who knows, what the third book/film will be like, I would like to think that maybe they will share a sneaking kiss, seeing as both of them are off to Seattle for work!

This is one to watch, for sure. Make sure you check out the trailer for it, below.

I give this film a 3 star rating!