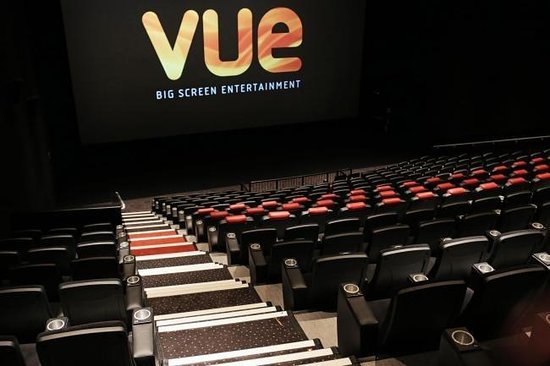 Following Cineworld and Picturehouse closures last week, it looks as though Vue Cinema’s across the UK are now struggling to operate their normal schedule of opening days and times, with reports now released of Vue cinema’s needing to reduce their hours of operation, to three days a week, where they will be closed on Tuesdays, Wednesdays and Thursdays.

Vue Cinema has reported having been doing this to save costs after the anticipated film: James Bond: No Time To Die release date has been pushed back to April 2021.

According to some news reports, the chief executive of Vue Cinema’s has previously said that cinemas have been dealing with a “body blow” by delays to big movie releases which are now all for release in 2021.

Marvel’s film: Black Widow, the Sci-Fi blockbuster Dune, and the long-awaited Jurassic World: Dominion, are all among some anticipated releases which were due for release this year, have all confirmed delays in their release dates due to the global pandemic, which looks as though 2021 is set to be a big year for films, television shows, and concerts – well that is if this pandemic doesn’t ruin 2021 too!

It looks as though the Vue cinema’s who have been hit with the reduced opening are five branches in London, and this includes the main Vue Cinema which holds the European Red Carpet Premieres, in London West End in Leicester Square! The other Vue cinema locations which are affected are Cardiff, Accrington, Altrincham, Barrow, Birkenhead, Blackburn, Carmarthen, Cleveleys, Dagenham, Hull Princes Quay, Lancaster, Newbury, Piccadilly, Redditch, Rhyl, Scunthorpe, Shepherds Bush, Stroud, Swansea, and Wood Green.

So, with this news, it looks as though our love for cinema and trips to the cinema are placed on hold until further notice, which looks likely to be at some point in 2021. I guess only time will tell, and if people are not visiting the cinema, there is not much point in operating on full opening hours or, as Cineworld did, and close their doors temporarily.

What are your thoughts on this? Are you shocked at this news of Vue, or were you expecting it to happen, like me? Let me know your thoughts in the comments below.